Skinner in the News 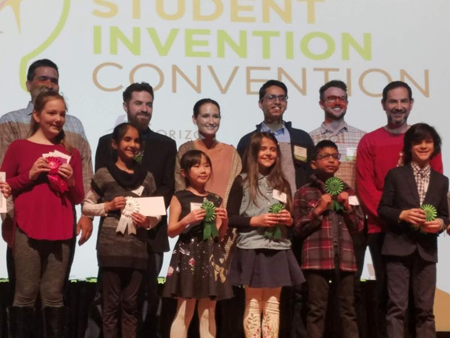 Congratulations to the 10 Skinner West 3rd grade students were chosen to compete among 350 students.

Lucy K. Sonya T. and Lucy K. were invited to attend the National Invention Convention as a part of the top vote recipients overall. 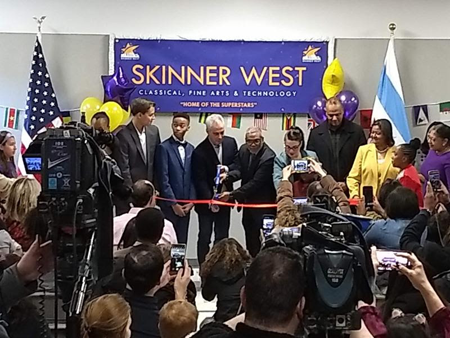 On Sunday, February 24th, 2019 Skinner Superstars and Families welcomed Mayor Rahm Emanuel and Alderman Walter Burnett at the Grand Opening Ceremony of our new Annex. The four-story annex has provided Skinner with the much needed twenty-two new classrooms. 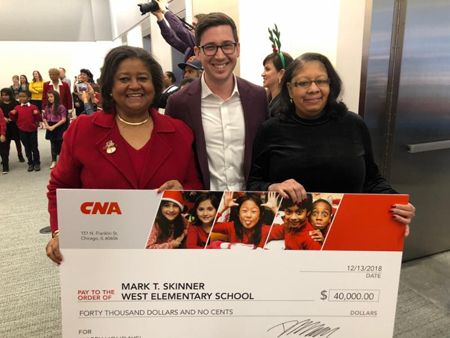 Over the 2018 holiday season, CNA presented Skinner with a $40,000 check in celebration of 40 years of partnership with our Superstars! Mrs. Clark has approval to use half of those funds to purchase brand new computers for our new computer lab in the annex. The primary chorus students sang holiday songs and enjoyed a holiday lunch after their performance.

...participated in the Chicago Middle School Debate League Tournament Five the 2018-2019 season on Saturday, March 9. The overall topic for the year is: 'Immigration', and the cases being debated at this Tournament were 'H-1B Visas and 'Open Borders'. Over 300 debaters across 90 teams from 31 schools competed at the tournament, but the students did a great job against some tough competition and won the awards listed below. Some highlights we would especially like to point out are: 1) Of the 16 teams that are moving on to the State Tournament, Skinner West is sending 8 of them, as many as the rest of the entire CMSDL combined. 2) Skinner West won 35% of all possible awards at the tournament (26 out of 74).

We're proud to have been selected as one of the inaugural independent schools selected as part of the Independent school principal program.  CPS will allow experienced, high-performing principals to run their schools with less oversight from Central Office and greater flexibility to innovate.

Skinner West is awarded with a 2013 National Blue Ribbon Award 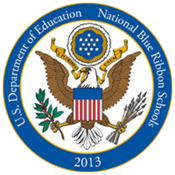